Boigneville is located all along the Essonne Valley. It is one of the most picturesque villages of the area. It is surrounded by three woody and rocky hills.

The origins of Boigneville can be traced back to Prehistory. Several pieces of evidence of human activity have been found in the area.

The name “Boigneville” is supposed to come from the Germanic language “Begnevilla”. Also, the nowadays used name of Boigneville has been used since the French Revolution and never changed.

During the Renaissance, a bell was installed in the bell tower of the church. In 1677, the parish priest found a buried crypt under the church. It has been buried and hidden for years and years until this day.

During the Ancien Régime, the territory of Boigneville was cut into three different strongholds : Argeville, Carneaux and Touvaux. The seigneury belonged to the family d’Arbouville during more than two centuries, which means they reigned on Boigneville until 1565.

Thereafter, a religious community inherited the territory of Boigneville. Then, it was bought by Théodore de Berzeau de Grave for his daughter. He was close to the monarchy and was influential in the justice system through his job.

Under the Reign of Terror (part of the French Revolution), the mayor of Boigneville defended the local farmers who were poor. The revolutionary state used to requisition grains and other food related productions to farmers. It was not allowed to reject this requisition. The mayor got arrested on charges of rebellion.

During the 19th century, most of the activities in the village were related to agriculture and crafting. The productions of honey and watercress were the most popular. We can also notice that in 1832, the village was affected by the cholera pandemic.

In 1852, the mayor of Boigneville held a public speech to show his support to Napoléon III. In 1870, the Emperor underwent a defeat in Sedan against the Prussian army and was taken prisoner. The next year, Boigneville was occupied by the Prussian enemy. They claimed compensation as the village was not shy to support Naopléon III and also because they had been attacked by Courances inhabitants.

Then, in 1877, some important archeological discoveries were made with the excavation of Roman objects. In 1908, a Merovingian sarcophagus was discovered. Those discoveries show that human activities in Boigneville went through ages.

The village has been severely affected by the two World Wars. During World War I, several inhabitants enlisted and died on the battlefront. In 1917, American soldiers built a shed made for the war. After the war, this shed was given to local farmers. During World War II, Boigneville was invaded by the German army. They occupied the biggest and nicest houses. The village was liberated on the 22nd of August 1994 by American soldiers after numerous conflicts in the area the previous days.

The Church of Notre-Dame de l'Assomption

The gothic church of Boigneville was built at the beginning of the 13th century. Its bell tower has a square shape and a two-sloped roof. This architectural style is typical in the Gâtinais Français. In 1310, Marguerite Aupie, dame de Sainval was buried in the church of Boigneville and we can still see her tombstone nowadays.

The church’s gable walls are higher than the roof, so it confirms that the rooftop changed throughout the years but we do not know when.

In 1677, the parish priest of Boigneville discovered a crypt hidden and buried under the church. The crypt was built during the 11th century so it was built prior to the church’s building. The same priest asked to decorate the crypt with mural painting using the tempera technique. Those paintings show us the life of Virgin Mary and are inspired by the Catholic Reform. The baptismal fonts are from the 17th century too.

The 19th century has been very important for the church as it was restored and furnished. The church of Boigneville has been classified as part of the Monuments Historiques since 1925 and the crypt since 1987.

An old snowplow is leaning against the cemetery’s wall. In the past, the snowplow was used by tractors to clear snow on roads. Some villages had several snowplows located in different spots to make the clearing more efficient.

This mill is from the 18th century and is located in the locality of d’Argeville. It once used to be a stronghold of Boigneville. It is one of the only two lasting mills along the Essonne river in the village. Nowadays, the mill is used as a place of residence.

Located north of the locality of d’Argeville, this is the second lasting mill still standing along the Essonne river is Boigneville. It is also used as a place of residence nowadays.

The Cave of Bois d'Argeville

It is one of the several caves in Boigneville. It is a precious testimony and tells us a lot about life here during the Neolithic period. This cave is located in a forest in the locality of d’Argeville. Inside the cave, we can see a lot of animals’ engravings and the entry is hidden behind a few megaliths.

The cave of Prinvaux is located in a private wooded property in the locality of Prinvaux. Inside of the cave, we can see a lot of rock art from the Neolithic period. This cave was classified as part of the Monuments Historiques in 1980.

This wayside cross is made of wrought iron and is resting on a sandstone pedestal. It is named “Croix des Champs”. It was built by a man called Mister Poisson just before the French Revolution. As it was a very disturbed period, the local priest was not unhappy. The cross was restored at the end of the 20th century.

The ecomuseum of Boigneville has been made by the municipality. Its aim is to show us how life was in a typical village of the Gâtinais : historical context, way of life, culture and nature. The collection is located in a 3 stairs building that will make you discover how life was in the Gâtinais throughout eras. You can also find in the ecomuseum some agricultural machines, old photographs, posters from World War II, especially some propaganda posters that the mayor’s secretary at the time refused to display, some presentations about nature and plant species in Boigneville.

This old water pump used to fill in with water some portable tanks in the past, as running water did not exist at the time. The trough just next to it was used by farmers so their animals could drink. 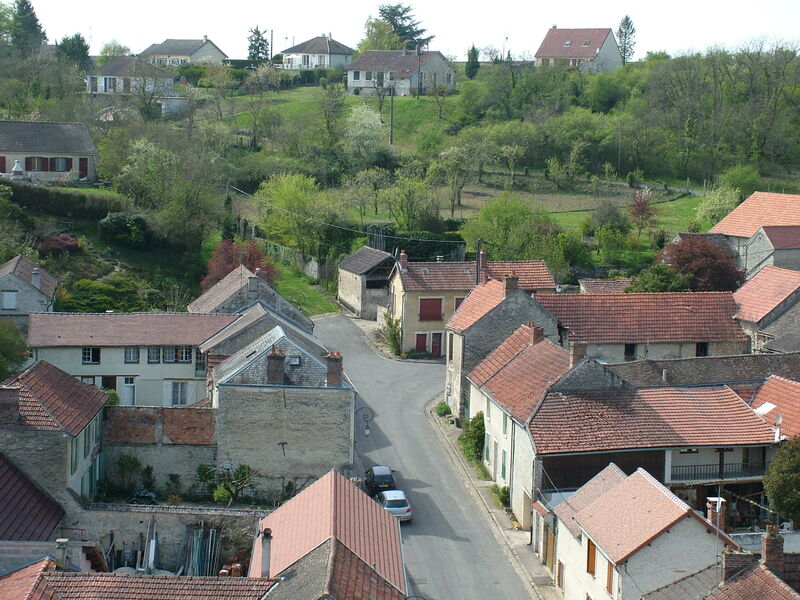 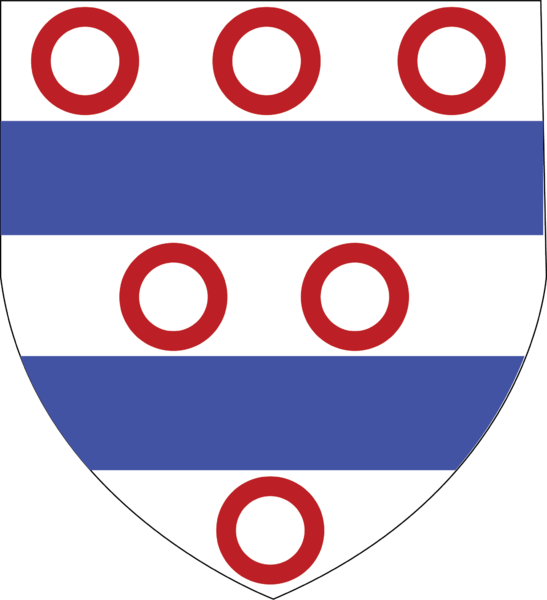 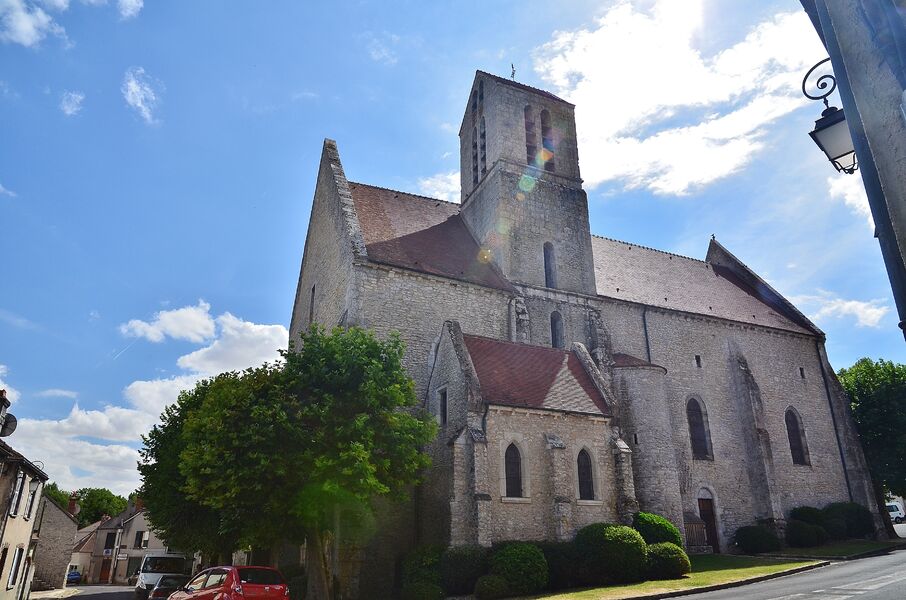 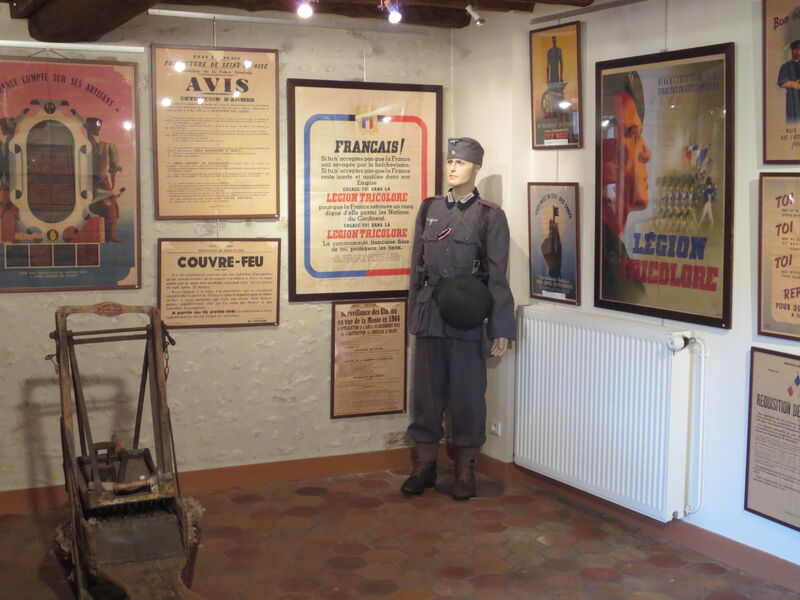 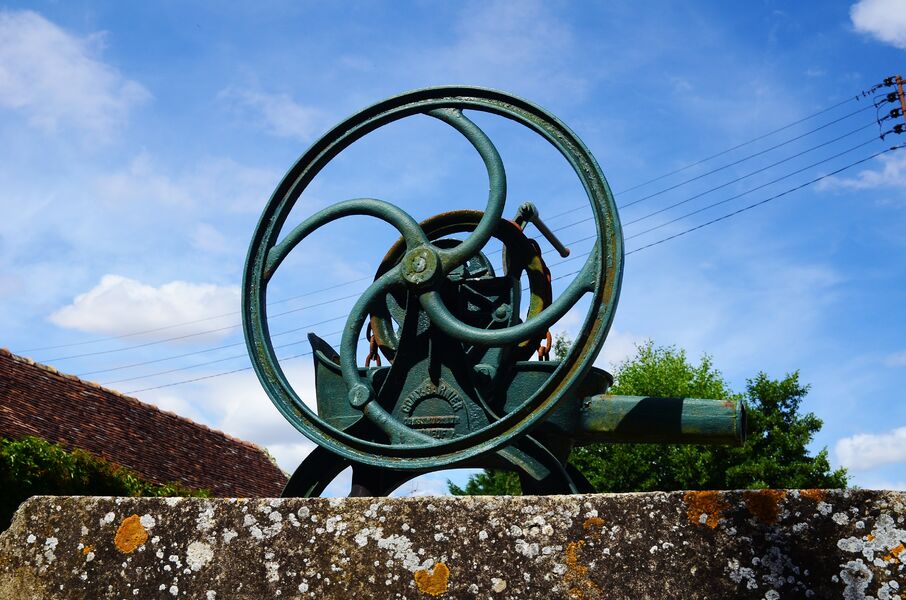 Designed and built by the municipality, located in the former barn of the country guard, the eco-museum aims to recall and present the lifestyles, historical, cultural and natural contexts of a rural village Gâtinais.

The church of Boigneville is a small gothic church from the 13th century. Its style is typical of the Gâtinais Français.