The Communauté de Communes des Deux Vallées is an association of communes in the south east of the French department Essonne, and the region Ile de France.
It gathers 15 communes, all of which are part of the Natural Park of French Gâtinais. 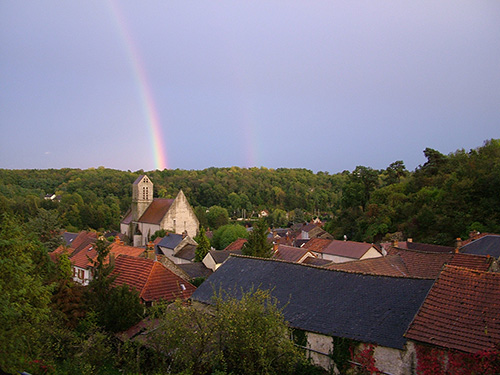 During the Ancien Régime, the territory of Boigneville is composed by the fiefdom of Argeville, les Carneaux and Touvaux. The d’Arbouville family runs the domain for more than two hundred years, until 1565.

Afterwards, a sisterhood inherits the land, of Boigneville, which is then bought by the president de Berzeau de Grave.

To see: the ecomuseum, Notre Dame de l’Assomption’s church and its beautiful crypt. 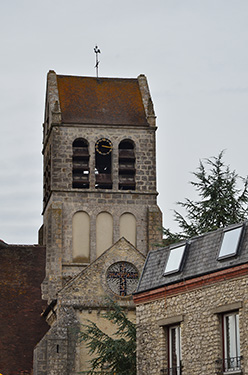 It follows the Essonne river’s valley. 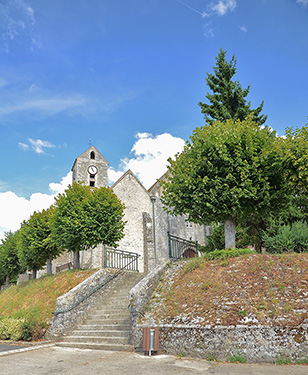 From Neolithic period to French revolution, Buno-Bonnevaux owns a rich historic background. The village is famous for its Gallo-Roman necropolis, and is said to have received king Louis XI.

Near the Essonne river, a few ponds in a beautiful natural frame will ravish all fishing amateurs.

To see: the aerodrome, Saint-Léger’s church. 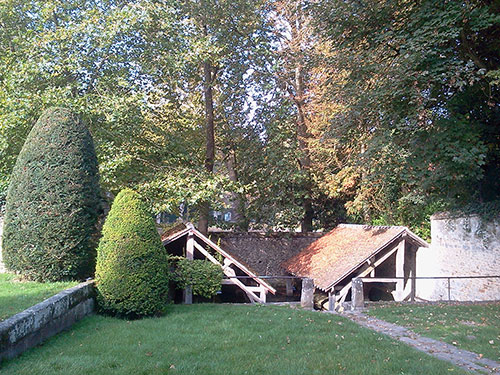 Courances is a charming village with an exquisite built heritage.

To see: the Château with its water gardens, the washing places, Saint-Etienne’s church. 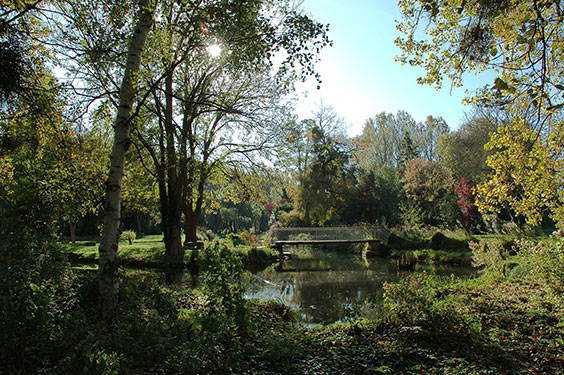 Courdimanche-sur-Essonne shelters the château de Belesbat in a 50 hectares wood.

It follows the Essonne river’s valley.

To see: Saint-Gervais and Saint-Protais’ church. 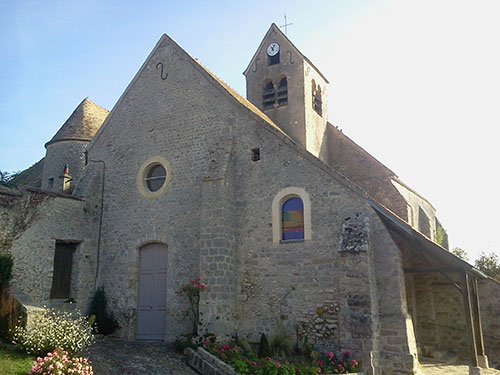 Dannemois was an important sandstone quarrying site during the 19th century.

It follows the Ecole river’s valley.

During the 60’s, the village became more famous when the renowned singer Claude François decided to buy and transform the local watermill as his secondary residence.

The small cemetery shelters, among other, the singer’s tomb. 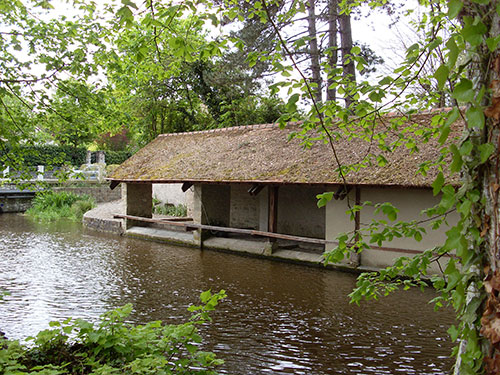 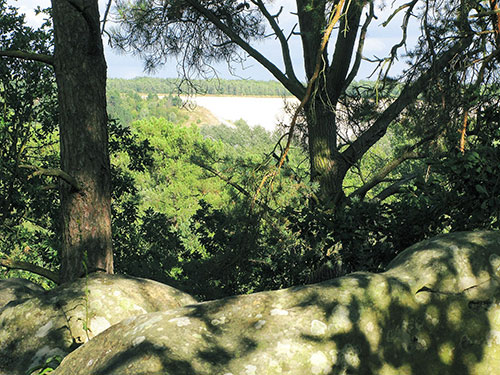 Maisse, quaint city, is crossed by the Essonne river, divided in two arms.

The wide valley provides marshy landscapes, lined with sandy and sandstone slopes, most of the time wooded. 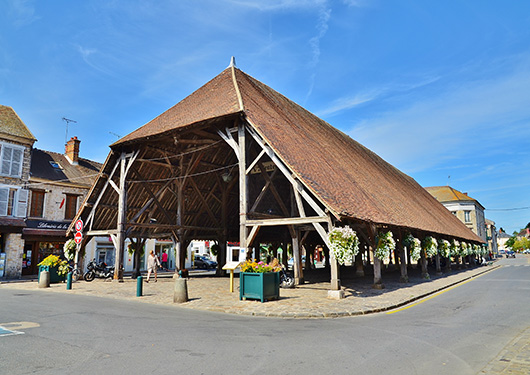 Milly-la-Forêt is located around 50 km south east from Paris.

Gallic village from 285 BC , birthplace of Saint Wulfran around 640 AD, the domain was then offered by French kings to the worthy lords.

Ruined by the English army during the 14th century, the city was rebuilt and fortified by the admiral Louis Malet de Graville in the 15th century.

Provided with one of the most important fair of the Ile de France, great agricultural and commercial center, by being on the road to Lyon until the 18 th century, the city lost little by little its interest as the roads and rails moved away.

It then became, from the middle of the 20 th century, a vacation place for Parisian people and for artists, such as Jean Cocteau and Christian Dior, among others.

Nowadays, Milly-la-Forêt is a great tourist area in the department, and the capital of medicinal and aromatic plants.

To see: the tourist circuit in the city, the National Conservatory of Plants, The Saint-Blaise’s 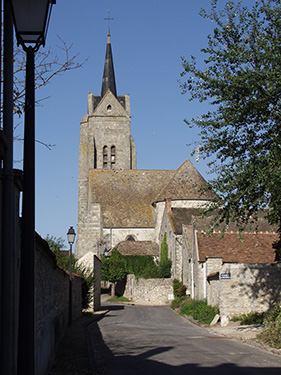 Set in the green Ecole river’s valley, Moigny-sur-Ecole possesses a wide territory as it is more than 1223 hectares.

To see: the washing places, the sandstone quarry, Saint-Denis’s church. 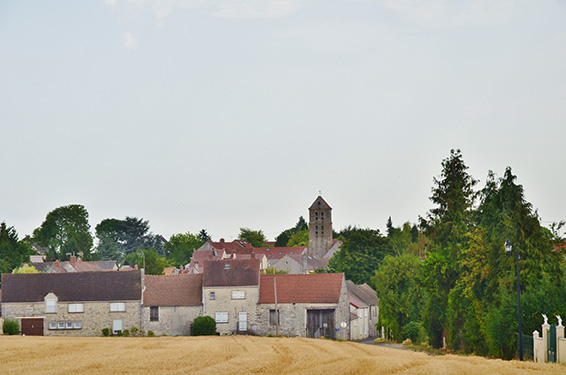 The origin of the name Mondeville is uncertain, its etymology might come from the latin «  villa in monte » which means « farm on the mountain ».

The village, built upon rocks, was formerly part of the marquis de Villeroy’s domain.

The uplands of Mondeville offers a great diversity of climbing trails, calm and little used. 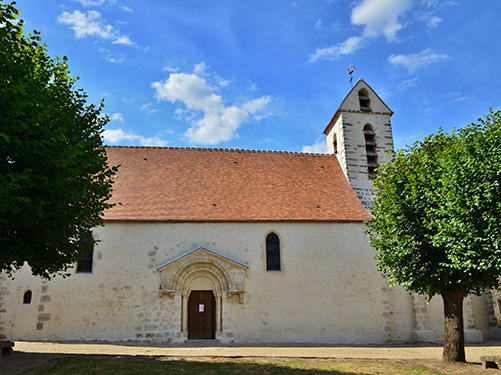 The uplands of mount Grippon  take up most of the village.

The rocky slopes conceal mesolitic rupestrian engravings and the place called Péronne, which gave its name to the former Merovingian monastery in Milly-la-Forêt.

To see: the Clos d’Artois farm, the crosses , Saint-Martin’s church. 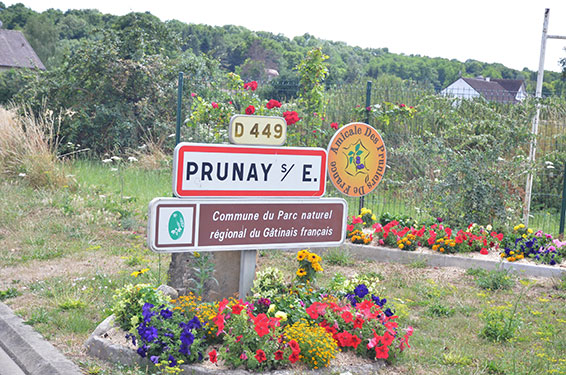 The village of Prunay-sur-Essonne was established in 1793 under the name Prunay, the name of the Essonne river was added nearly a century later, in 1873.

Nonetheless, the territory was occupied as soon as the neolitic period, as one can see with the three engraved caves and the menhir de la Pierre Droite, located near the village. 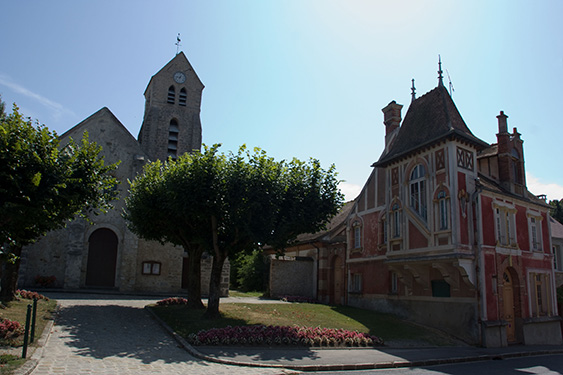 Soisy sur Ecole is crossed by the Ecole river, and is lined with little farms, among which the Montaquoi (or Montaquoy) farm.

The hamlet, composed with big farm buildings and the house nearby shows an out of time area, kept intact and really estimated by television productions, which often chose the village as a background. 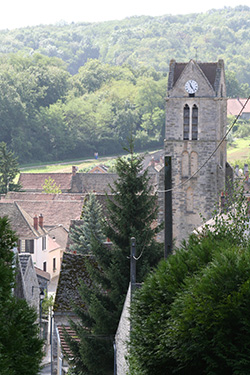 Agro-pastoral village from the Neolitic period , Videlles is set between the Ecole river and Essonne river valleys.

The name Videlles comes from the former King’s hunting : the big game tracked by the pack usually ended up ine the Videlles valley near Dannemois, and it is there that the hunters would proceed to the kill.